Affiliate marketing from Beginner to Advanced

What is push traffic and how does it work?

Push traffic, also known as web push notifications, is a newer format. It has been around since 2017-2018 and it grew and became famous in the last few years.

Push traffic has a history from 2012-2013 when the smartphone market was growing but still very new. It was possible to send notifications from the system interface on Android devices. Of course, Google quickly caught up and they decided to cancel the ability to do so.

In 2017 the ability to create push notifications was brought back by browsers, and with this, a new ad format emerged. The main difference now is that web push notifications are completely tied to a web browser and can be displayed on mobile and desktop devices.

The most common browser to display web push notifications is Google Chrome, but you can also trigger notifications from Firefox, Safari, etc.

There’s one big limitation though. Push notifications aren’t available on iOS devices, cutting a good chunk of the traffic from Tier 1 countries and a good one for sure because those users tend to have more money.

The majority of the push notifications volume is available from Android devices and Chrome browsers. Some traffic networks have 90% mobile traffic vs. 10% desktop traffic only. Some might have a 70-30 or 80-20 distribution, but the main point here is that if you’re going to run push notifications you need to focus on Android mobile devices.

Another very important difference between web push notifications and pretty much any other ad format is the way you reach your users.

With any other ad format, a user needs to navigate said website to see ads and click/interact with them.

Push notifications are similar to email subscribers, but instead of reaching you via email, they reach you via a notification on your device at any time until you cancel the subscription.

If they click accept, they’re subscribed and will start receiving push notifications. This can happen anytime between instantly or a few hours later. The user might not even remember which website the notification is coming from a few days later.

Here’s how a notification looks like on an Android device: 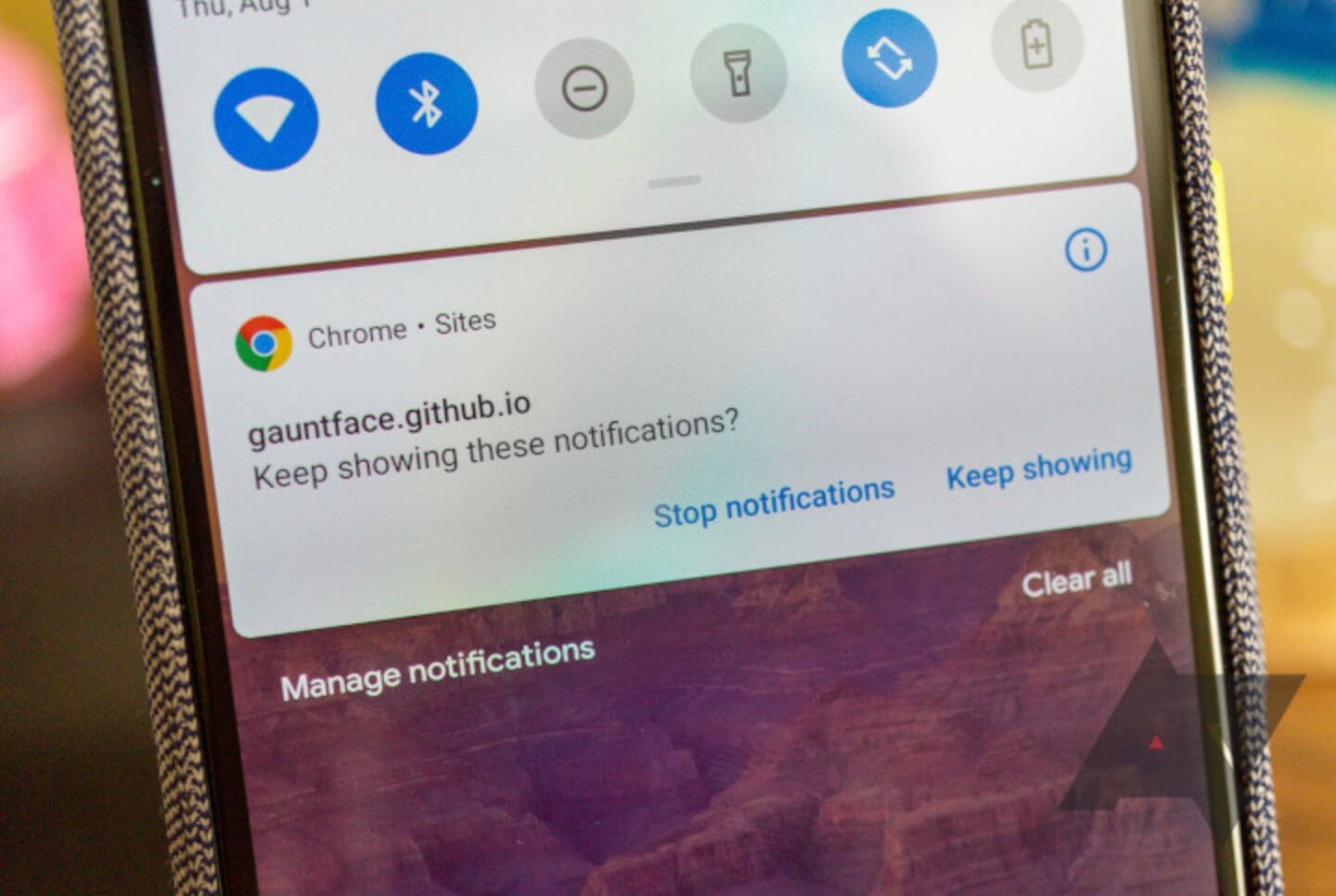 This means you can reach the user over and over again for many days, weeks, or even months until the user cancels or blocks the subscription. However, many users just ignore the notifications as they do with many other apps on their phones.

Truth is, web push notifications are abused and users can receive 5-10 notifications per website they subscribe to. Imagine a user subscribing to five websites and later receiving 50 extra notifications from ads per day. At some point, they will end up blocking or ignoring them, but there’s a cycle where the user will engage with the notifications which are usually around the first days and this is where you want to promote your affiliate offers.

Most traffic networks will have a way to help you differentiate between a new user and an old user, either by the number of days they’ve been subscribed or by engagement metrics. I’ll show you an example of how it works later when we launch our first campaign.

The main difference between the two is the way they can be displayed. With web push notifications, we needed a prompt from the browser to reach the user at a later stage even when he was not surfing the website anymore.

With in-page push notifications, you don’t need to display a prompt as you’re not generating a browser subscription. This means you can also display this ad format to iOS users but you can only reach them when they’re surfing a website and not later via notifications on their phones.

Overall, it’s a new ad format that has been around for a year or so and many networks are still implementing it. We’ll see if it lasts a few years later, but overall the CTR on those is quite higher and the CPCs are lower on average compared to web push notifications.

Now that you understand how push notifications and pop ads work, let’s move into the last part of this segment.

What is pop traffic and how does it work?
Tracking and tools needed

Authorization
To get access use credentials of Golden Goose

You have been signed up