Affiliate marketing from Beginner to Advanced

What is pop traffic and how does it work?

Let’s get started with pop traffic. Many affiliates just call it pops, but it’s a diminutive for pop-under or pop-up traffic. Mostly pop-under nowadays though.

Pop traffic is also known as PPV or pay-per-view or pay-per-visit because this ad format doesn’t require banners or creatives to be clicked. It’s shown to all website visitors without clicking a banner and they charge per view instead of per click.

You could also say you’re paying on CPM for it and each impression is a pop or a view.

Here is how it works.

Whenever you’re searching for something and visit a website (e.g. football match online), you enter a website and it loads the ad script. Some websites automatically trigger the pop-under at this point, but some networks wait until the user clicks or interacts ANYWHERE in the website to trigger the pop-under.

After that, a new window from your browser is opened behind the current Window. The content this new window has is shown as a new website, which can be the offer you’re promoting or your landing page.

Here’s how it looks in theory: 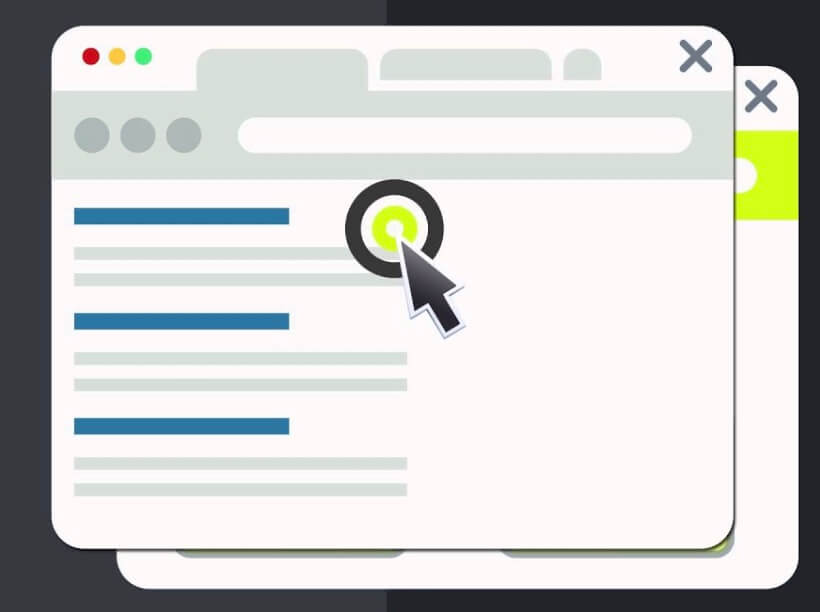 That window can be many times ignored for a few minutes to several hours as people don’t see it until they close their current window.

Here is another example of how it looks on a mobile device. The concept is the same but mobile phones have a different way to manage tabs as there are no “windows” as there are in desktop devices.

That’s basically how it works. But there are variations. For example, pop-ups appear right in front of the current window and are much more aggressive, but they’re less common nowadays because browsers have been updating the way code works to trigger only pop-unders.

Besides that, some traffic networks create a new tab inside your current browser instead of a whole new window. This is called tab-up or tab-under.

Most of the time you’ll just be receiving pop-unders but depending on the traffic network and the browsers you’re targeting you might get a mix of all variants explained above. Just keep that in mind.

Pop-under traffic is widely recommended for new affiliates because it’s the cheapest way to learn how to buy traffic and you have to worry about fewer factors, as there are no banners or creatives to deal with. Also, the creative restrictions for pop-under traffic are pretty relaxed compared to other ad formats, which is great for affiliates learning how to promote sweepstakes, mVAS, dating, and more.

Pop-under traffic is recognized as low intent traffic because again, the user didn’t click any banner or creative to load your URL, and this means they are most probably not interested in what you’re offering. However, this doesn’t mean pop traffic doesn’t convert.

The reality is pop under traffic is very cheap to compensate for this, and you can expect low CTRs from your landing page to your offer, many times below 1%. This is normal and you shouldn’t worry about it. Sometimes it’s as cheap as $0.0001 per visitor.

If you were running banner ads or any other ad format where traffic comes from clicked creatives, you’ll be paying way more for every visitor. One example would be push notification ads. Let’s talk about those now.

Ad formats
What is push traffic and how does it work?

Authorization
To get access use credentials of Golden Goose

You have been signed up